Yoga Fusion explores the potential of Yoga Karma –action and possibilities– in post-conflict reconciliation processes to tackle visible and invisible challenges in overcoming individual and social traumas improving the success rate of complementary initiatives such as truth and reconciliation commissions and reintegration projects.

It operates as Participatory Action Research (PAR) merging inputs from the ground, multidisciplinary pilot projects, and research that aims to collect good practices and to ask meaningful questions; its purpose is to raise international awareness and to make yoga and its benefits increasingly accessible to vast populations in recovery contexts and contexts at risk.

As Participatory Action Research it produces knowledge at a local level, learning from good practices in the field rather than suggesting theoretical inventions yet to be tested and lived by people on the ground. It looks at what is there, it listens to what is missing in each and every context, and it puts different organizations in touch with each other to learn from one another and eventually create effective tools for trauma and social healing that are easy to distribute and access.

A new definition of yoga?

Yoga is explored to rethink post-conflict reconciliation and reintegration processes focusing on Yoga Therapy for people affected by Post Traumatic Stress Disorder (PTSD), and on Yoga as workshop facilitation technique to look at post-conflict societies in a holistic manner anticipating upcoming challenges that usually jeopardize reintegration and reconciliation processes in these contexts.

Yoga is presented in close connection with Karma to support nonvilent cconflict transformation and empowerment. The notion of Karma adopted is the one of the Vedanta philosophy that frames it according to three timeframes: past Karma, present Karma, future Karma. 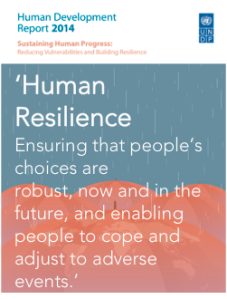 The focus of this research is on the potential of future Karma to heal individuals and societies, and on the importance of a common good approach to healing within the framework of the WHO ‘Declaration of Cooperation: Mental Health of Refugees, Displaced and Other Populations Affected by Conflict and Post- Conflict Situations, endorsed at the International Consultation on Mental Health of Refugees and Displaced Populations in Conflict and Post-Conflict Situations’.